We are Nicolas Christiaens & Katrien Sampers. We run our business together with a team of employees.

In addition to our liquor store, where, among other things, home-brewed beers are sold per bottle/per container, we also operate a (visiting) brewery with a tasting room.

To brew beer. Our passion for 5 generations.

Brewing beer. Since 5 generations our passion.

The family Christiaens is a family with a long history of brewing. The fist couple of generations brewed beer in Aalbeke, near Kortrijk.

Every first born son in the family was given the name Georges.

A descendent of the third generation Christiaens bought in 1980 brewery DECA, previously owned by the family Decaestecker.

Georges, fourth generation within the brewersfamily, unfortunately died after being involved in a car crash back in december 2013. In honor of, his son brewed the beer Georges IV and released it in 2014.

After the passing of his father, Georges Nicolas Christiaens (aka Nicolas) took over the brewery, making him the 5th generation of brewers.

A little bit of History

The big red mashtun is the first thing you see when walking in the brewery. It is more than 100 years old and still in use today. 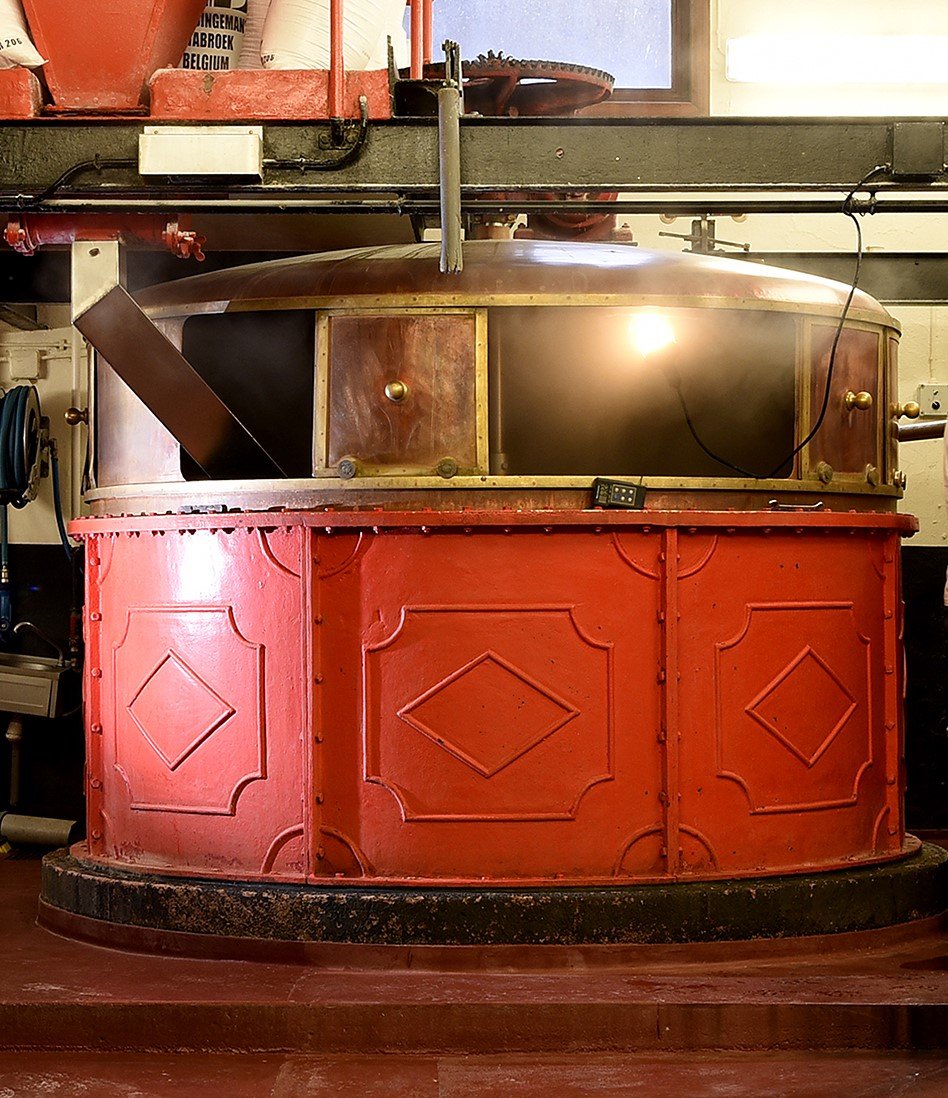 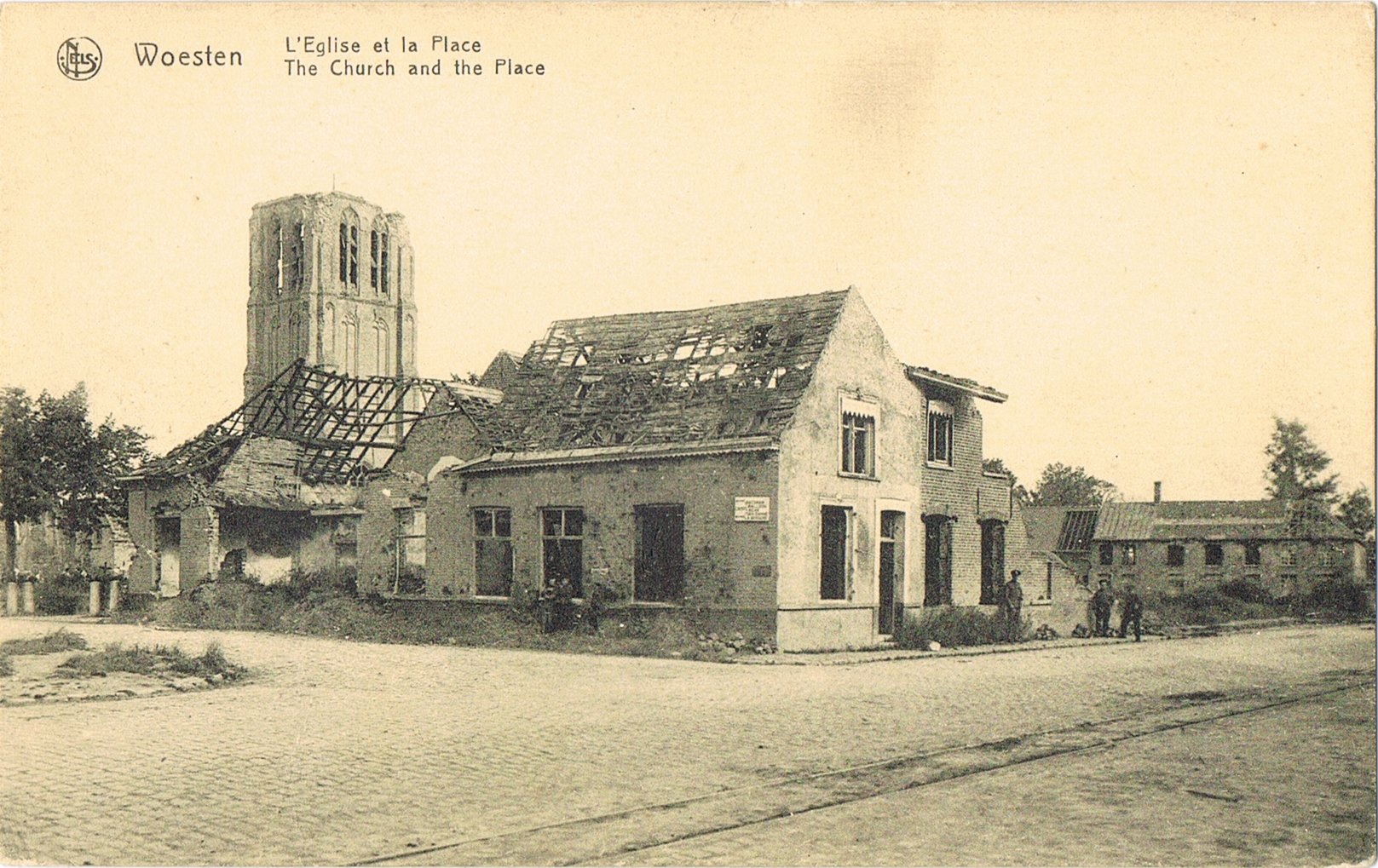 .This brewery, whose origins date back to the end of the 18th century, was run by the Synaeve family until 1881, when it passed into the hands of Florimond Vanneste through marriage.

The brewery was located in front of the church in the village of Woesten and was completely destroyed during the First World War. In 1920 the rebuilding of the brewery along the Elverdingestraat was started, at its current location.

Due to the lack of succession, the brewery was left to the Decaestecker family in 1926 by the Vanneste family. Under the leadership of Jozef Decaestecker, the operation continued until around 1965. After that, the brewery was run by his sons Maurice, Paul and Antoine. The brewery was given the name DECA, referring to the first four letters of the surname of the owners at the time. With a few staff members they brewed beers and soft drinks for many years 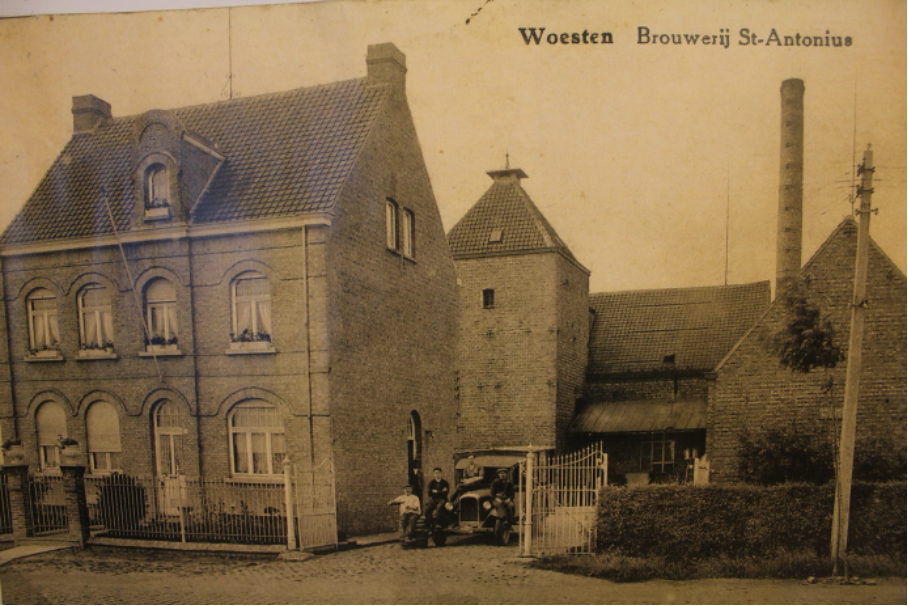 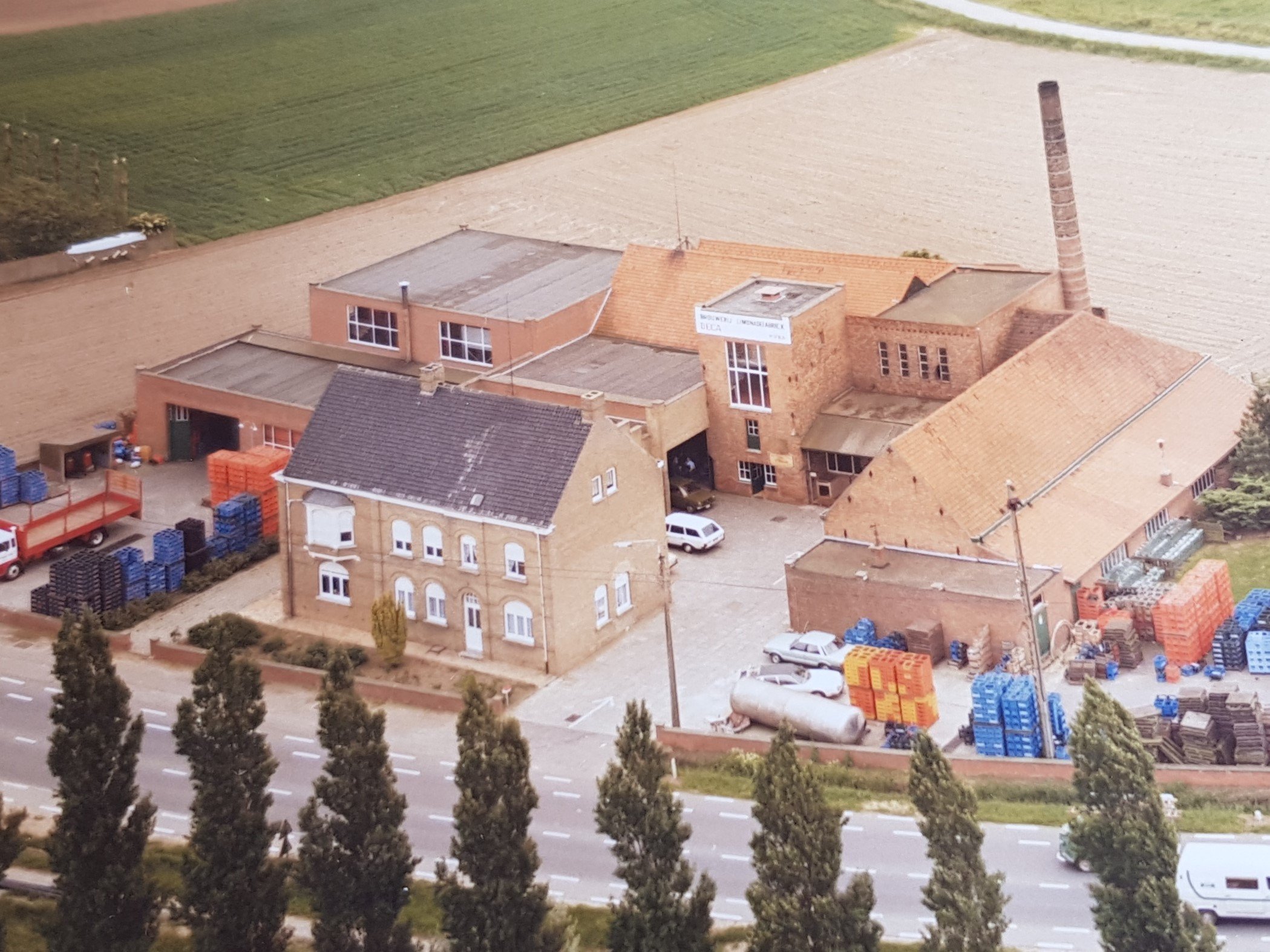 The Christiaens family does not come into the story until 1980, but first we go to Africa. Georges, the fourth generation of the brewing family, built breweries in Africa. From the first stone to the first bottle of beer. Projects of several years each. Brewery Deca was bought to show its potential African customers what a small-scale brewery is. Combining a job in Africa and Belgium was not ideal. The brewery was rented out from 1985. The landlord soon went bankrupt, after which vacancy followed.

In 1991 Georges, the fourth generation within the brewing family, decided to follow his brewing genes and restart the Deca brewery itself. After his military service and studies brewing techniques, his son Nicolas also joined the business..

Father and son worked closely together all these years. In December 2013, this collaboration came to an abrupt end. Georges, the fourth generation of the brewing family, was involved in a serious car accident on the A19 in Zonnebeke in December 2013. He died a few days after the accident. As a tribute, the beer ‘Georges IV’ was launched in 2014 by his son Nicolas 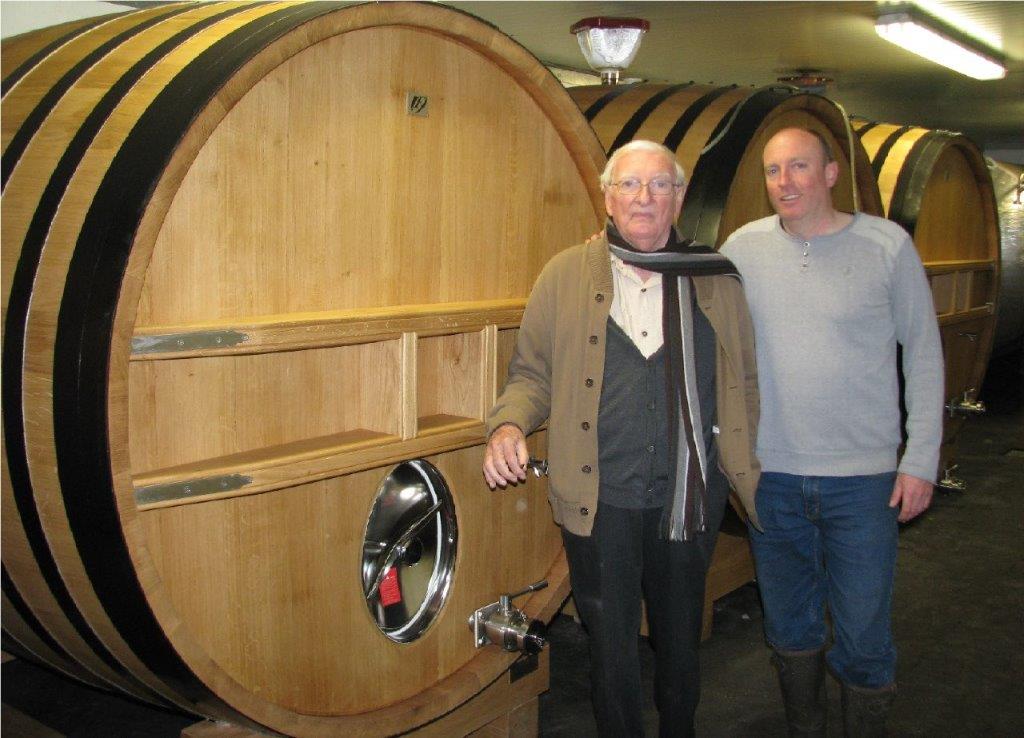 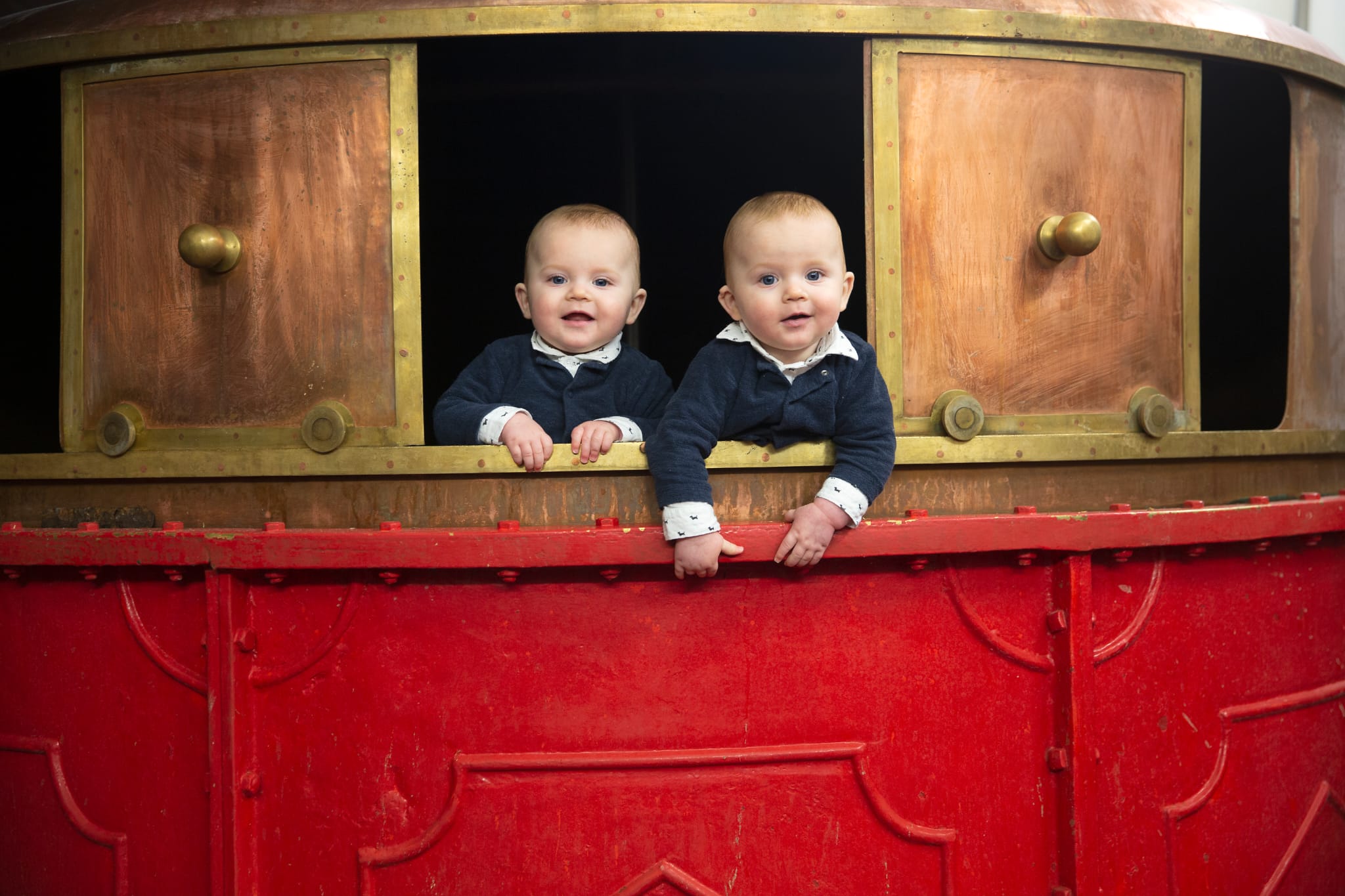 On 23.04.2021, the sixth generation within the brewing family was born. We became the proud parents of identical twins: Georges Arthur and Marius. The firstborn son was given the first name Georges. In this way we continue the family tradition.