Guest brewer Pol Meerschman has been brewing his ‘Dikke Jan’ beers in our brewery since early 2015. After having followed a course in ‘Artisan brewing’, they experimented for a year with the ‘Braümeister’, a small-scale, handy brew kettle, to develop their own beer. He then took the step to brew his beers in larger volumes in our brewery. 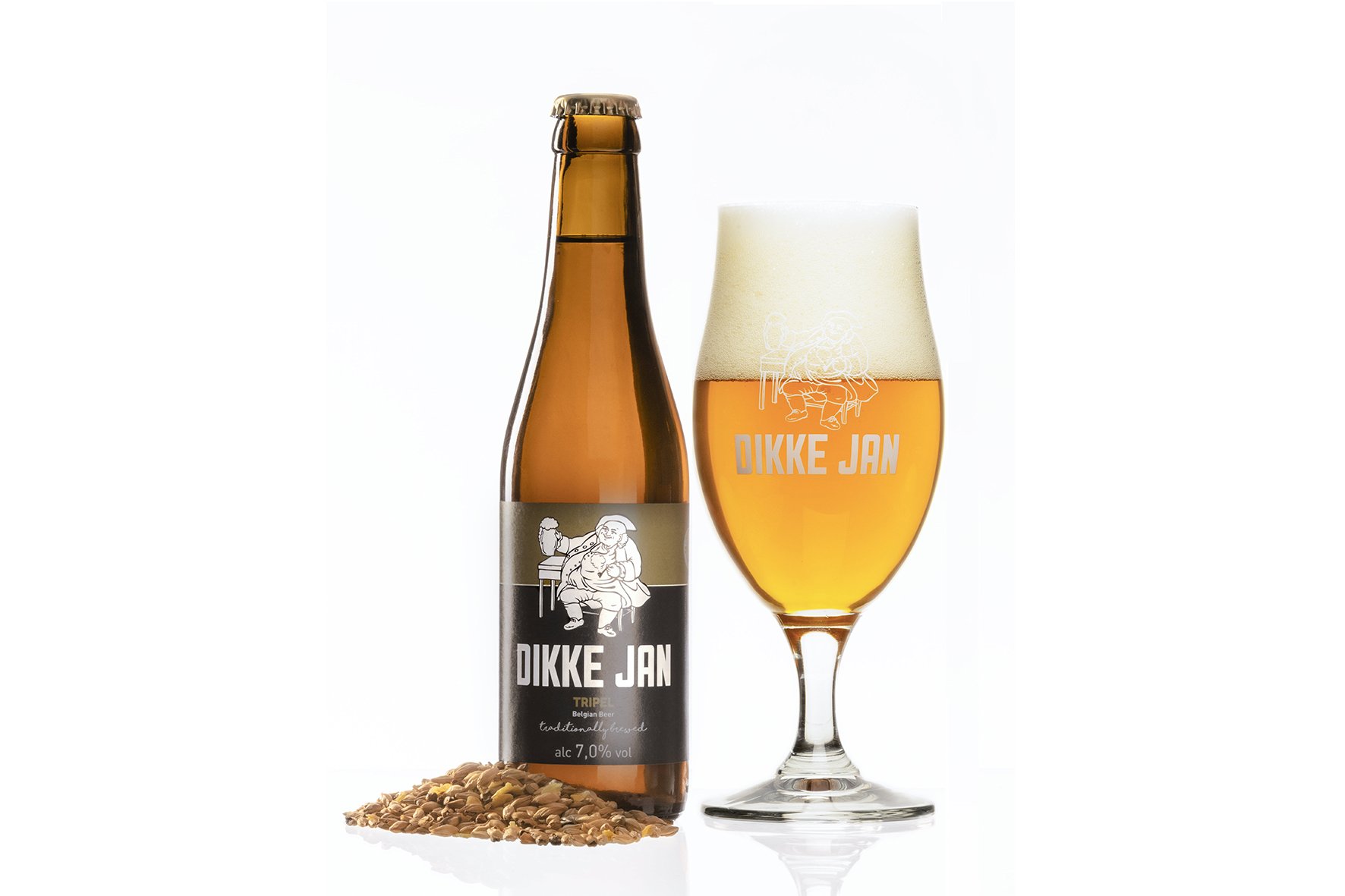 Available in 33cl and 75cl botlle

Dikke Jan Tripel is a blond beer (dark gold) of 7° with a beautiful creamy white head. The aroma has a touch of cheese in the nose. fruity. The taste is slightly bitter with a lasting slightly bitter aftertaste. A taste that lingers. The nose has a slightly sweet aroma, tart notes. However, the beer is nicely dry. Slight hint of spice is also noticeable! Slightly hoppy. The beer is well balanced. Three types of hops and as many malt varieties make this beer a winner.

The Dikke Jan Blond is a pure blond beer, brewed only with pilsner malt and a flake of corn. The low alcohol percentage (5.5°) has been deliberately kept at this level. This is not a lager. Many think that given the low volume in alcohol, this is rather a lager, but nothing could be further from the truth. The beer is first brewed with top fermentation but has a very strong fresh hoppy taste. A real thirst quencher. The pleasant bitterness together with a subtle citrus touch makes this beer a hit. 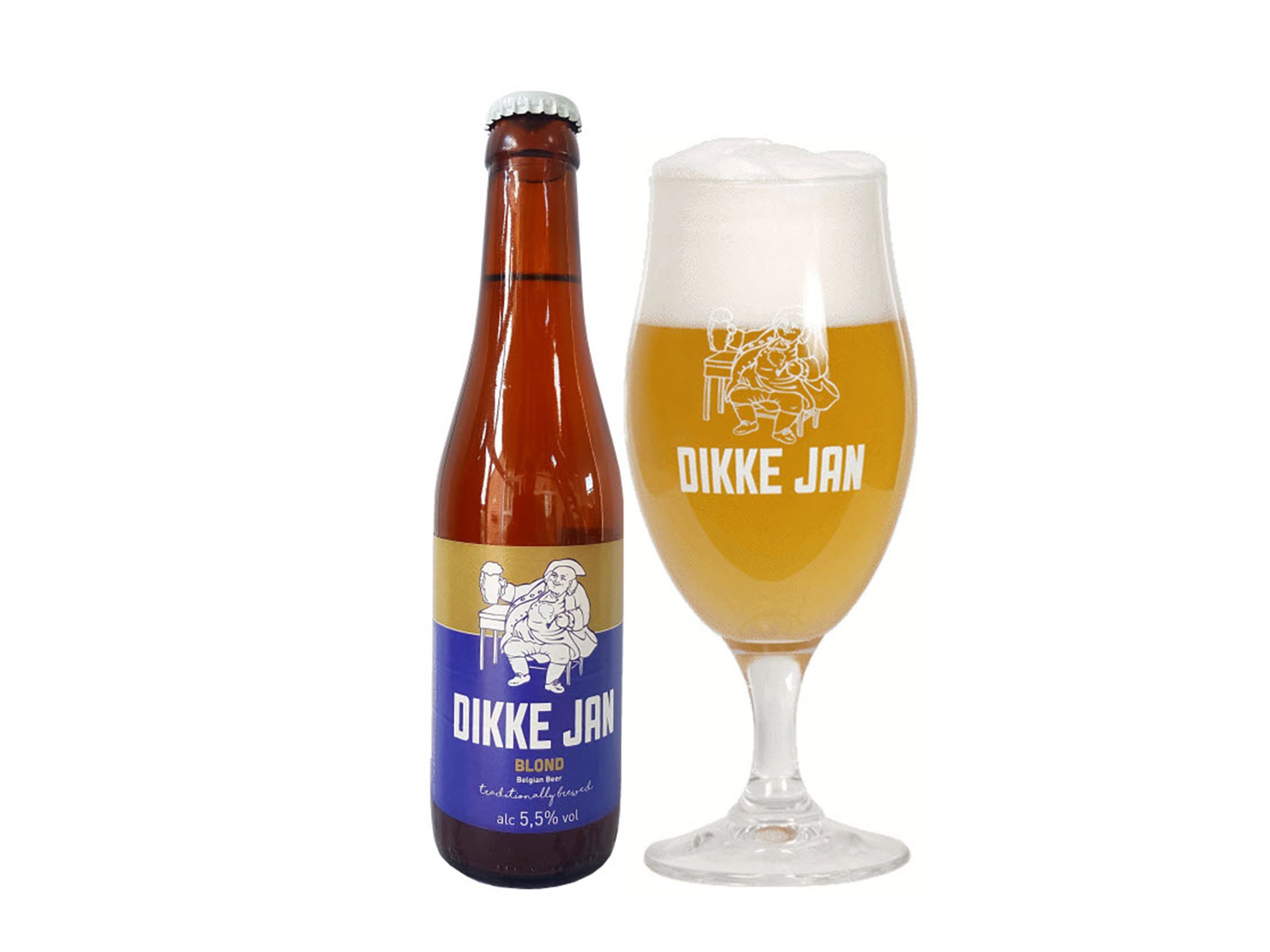 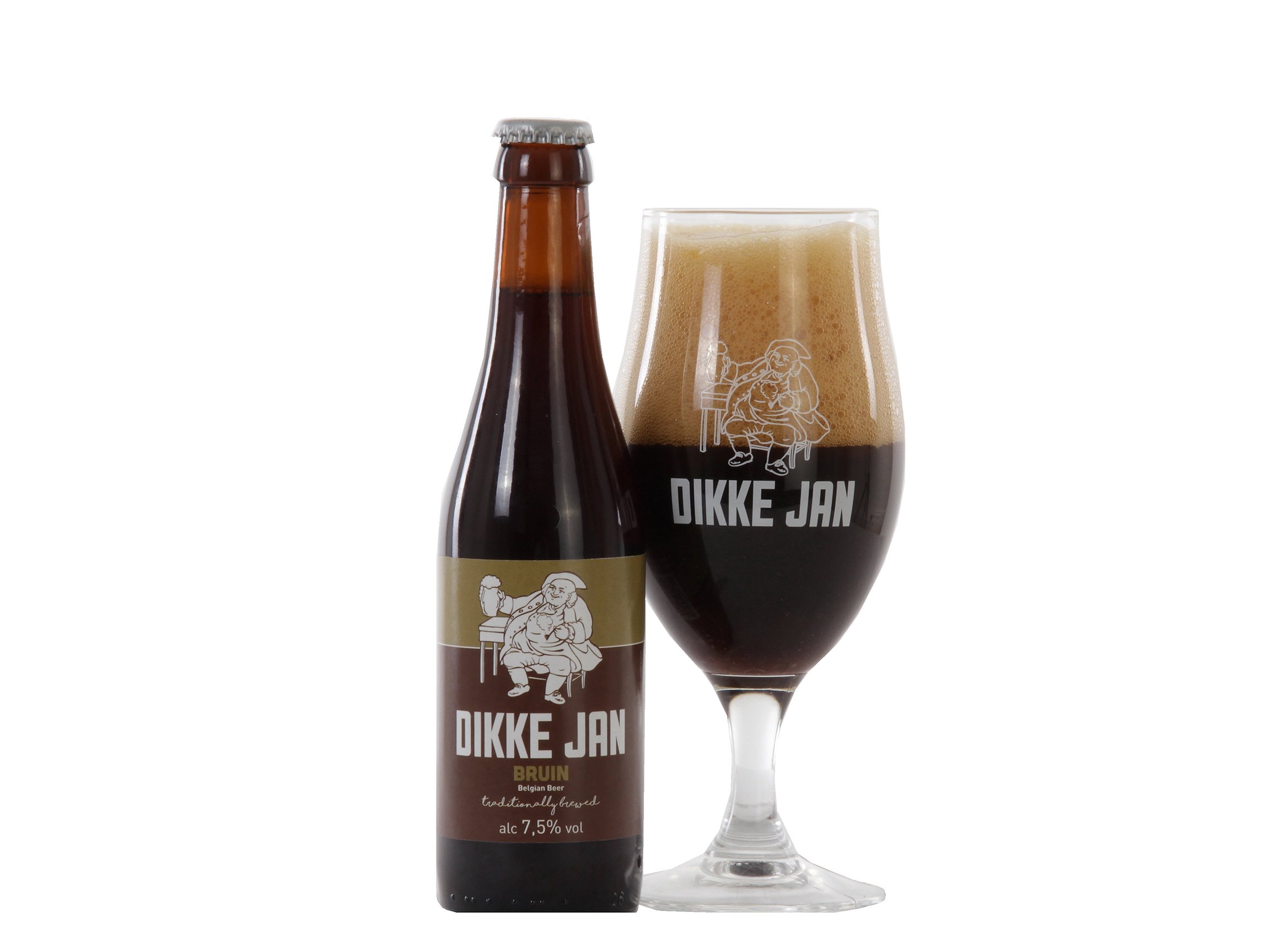 Dikke Jan Bruin is a brown/black beer (8.5°) of the Porter or Stout type, but in a less sharp but also very tasteful version. The beer is made from pure barley malt, part of which is roasted malt together with a hint of wheat malt and a corn flake. This gives both the color and the typical taste to the beer. The five different malt varieties and three hop varieties give this beer a unique character.

This 6° beer is a slightly sour fresh beer brewed with real cherries. The slightly sour taste is entirely due to the natural taste of the cherries and not due to wild fermentation. The special bottling yeast makes the beer a pleasant thirst quencher on hot days. No additives to add any flavor or aroma to the beer are used. 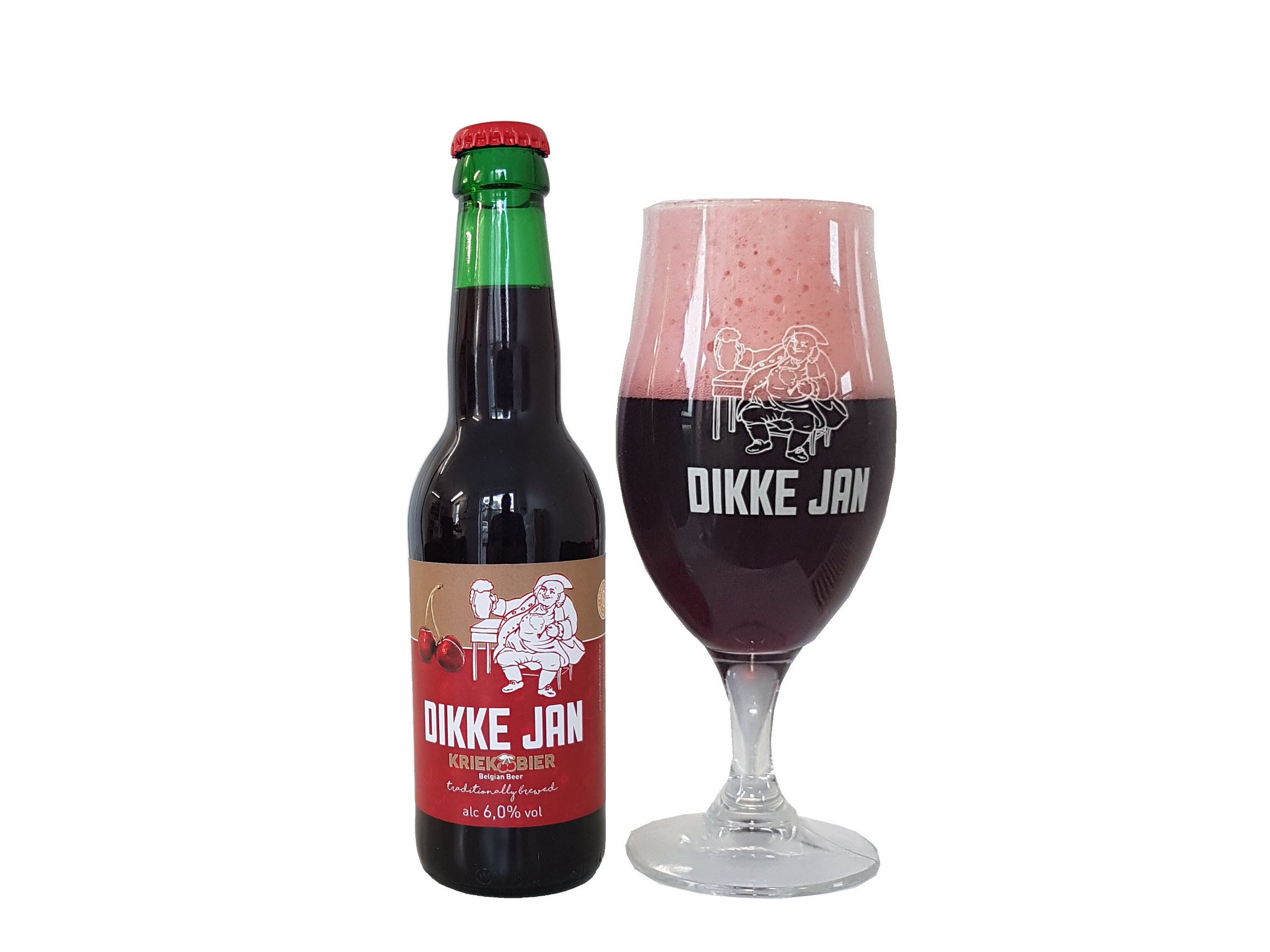